skip to main | skip to sidebar

South Plainfield will see a new mayor in January, and for the first time in 16 years it will be a Republican.

Matt Anesh and his team swept the mayor and council race last night, with Anesh getting just shy of 57% of the vote.  The results, including absentees, had Anesh defeating former Mayor Michael English 3604 to 2736.

On the council side, incumbents Ray Rusnak and Tim McConville fended off an attack by Democrats John Sorrentino and Jeffrey Williams.

To see the Courier News story on the race, click here.
3 comments

No Surprises at Debate

Mayoral candidates Matt Anesh and Mike English debated in front of a crowd of mostly loyal supporters last night at a forum sponsored by the Business Association and a local newspaper.

Anesh and English debated far-ranging issues that included taxes, the 700-unit apartment complex that was slated for New Brunswick Avenue, shared services, and a proposed expansion of the new library.

While English touted his experience as mayor and as a school-board member, Anesh and his running mates reminded voters that they reduced taxes this year by $178 for the average family.

While the debate was relatively uneventful, tempers did flair slightly after Councilman Tim McConville talked about his proudest moment on the council, stopping the 700-unit apartment complex proposed by Harris Steel.

McConville said he was "disappointed " that English and his running mates, John Sorrentino and Jeffrey Williams, were silent when the Council was considering the apartments back in December 2009.  In response, Sorrentino erupted and said that in reality it was McConville, Anesh, and running mate Ray Rusnak who voted for the complex back in 2008.  Sorrentino also said he recently came out against the project but that McConville "erased" the videotape showing it.  It was clear, though, that McConville was saying he was disappointed that the Democrats were silent back when the decision was being made, not now that they are running for council.

Later in the debate, Anesh pointed out that the Democrats have recently taken campaign money from the same developer who proposed the apartments, and he also explained that Republicans were the ones who stopped the development once Chris Christie was elected governor.  Christie is in the process of trying to change the low-income housing regulations that were forcing the apartments on South Plainfield, and the GOP used that as a way to stop the complex.

During other parts of the debate, the candidates discussed shared-services ideas, including having a shared business office with the school system and a shared borough clerk with another small town, possibly Metuchen.  Democrat candidates said they would like to save money by outsourcing some Borough services to other towns, while the Republicans said they would prefer to have our town employess handle services for other towns, which would produce revenue and save jobs for people who live in town.  They called their proposal "in-sourcing."

The debate ended on a positive note, with both mayoral candidates complimenting the others service to the town.
0 comments

To read about the new interim appointments, click here
14 comments

Superintendent Jose Negron was placed on administrative leave Thursday night at a special meeting of the Board of Education.  The vote was 5-0, with two members absent and two members abstaining.

Back in June, the Board voted not to renew Negron's contract, which ends in June 2011.
Dr. Lorraine Cella, the district's assistant superintendent, will replace Negron on a temporary basis.

The relationship between the Superintendent and board members has appeared strained recently, with the Board rejecting Negron's recommendations regarding a key position, that of interim high school principal.  This culminated in the Board appointing Negron to the position temporarily when he refused to recommend a former high school principal who had indicated interest in the job.

Two of the members voting to place Negron on leave supported him when his contract was up in June.  Longtime Board member Carol Byrne and first-term member Bill Seesselberg apparently changed their position, also voting to reiterate the Board's position that Negron does not have a contract after June 2011, something it appears Negron is contesting.

Board members Jim Giannakis and Pio Pennisi abstained on the vote.  Giannakis's wife works for the district in the Middle School, and Pennisi works as a superintendent himself, in Dunellen.  Chris Hubner and Steve Bohn were absent.

Council President Matt Anesh announced on Monday night that the Borough will be installing speed tables on Cherry Street when that road is repaved this later month.  According to Anesh, the speed tables are part of the Borough's Safe Streets, Safe Kids program, which was started two years ago.

The move follows a petition drive by Cherry Street residents asking the council to install traffic-calming devices on their road.

Because so many residents have been asking to have these speed humps and speed tables installed, the Council in May adopted a procedure that allows residents to petition the governing body to install them.

If enough residents sign the petition, the borough's traffic-safety committee reviews the request and, along with the police department, assesses whether the conditions warrant the devices.  In addition, the road must meet certain criteria (speed limit, number of vehicles per day, etc.).

Teachers at the high school are unhappy with a new set of rules at South Plainfield High School put in place by Superintendent of Schools Jose Negron, who has been supervising there since the beginning of the school year.

The rules require teachers and others to sign in and out, as well as prohibits teachers from entering parts of the main office, including the mail room.

Negron defended the rules during a board meeting on Monday, saying they were required for security.  Meanwhile, members of the SPEA, the local teachers' union, blasted the superintendent for creating a combative atmosphere.
6 comments

At the meeting, both candidates angrily defended what they said were "attacks on their reputations."  In response, GOP council members declined to respond, saying "politics" had no place at a council meeting.

English and Sorrentino were referring to an article in a local South Plainfield newspaper submitted by their Republican opponents. In the article GOP candidates detailed their opposition to two recent building projects, the Tingley Rubber project, which will add multi-family housing by Route 287, and a 700-unit apartment complex that was slated for New Brunswick Avenue.

According to English, he objected to two sentences in the article, which he says misstated his position. The first was attributed to Councilman Tim McConville. McConville said he was "afraid the Democrats [would] try to ram through this complex [meaning the 700 apartments] if they take back the Council majority.”

English also objected to a second sentence, in which Council President Matt Anesh, who is running for mayor, says "[t]he Democrats have not stood up for our town when it comes to these huge housing complexes, but we have, and we pledge to continue to do so if elected in November.”

When contacted, Councilman Rob Bengivenga stood by the article and said English's comments ignored what the article actually said.

"In the article the Democrats were challenged to state their position, something they've never done," Bengivenga told 07080 in an e-mail. “English’s anger makes no sense. How could anyone be mischaracterizing his position if the article criticizes him and his running mates for not taking one?”

Bengivenga cited several quotes from the article to support his position. The article quotes Anesh as saying that the "Democrats pushed this plan earlier this year, yet oddly their candidates for mayor and council have been missing in action when it comes to commenting on it.” In addition, McConville is quoted as saying “English, Williams and Sorrentino have failed to take a position. Their party was pushing it. So, that begs the question: Do they support it too?”

Still, English says the article misstates his position, rather than challenges him and his running mates to take one. In an e-mail to 07080, he made the following statement:

"In the article the Republicans said '[t]he Democrats have not stood up for our town when it comes to these huge housing complexes.' That is a lie. That is not true of my record on the Council or as Mayor. And you find the article factual? If you write an article confirming what the Republicans stated then you will be repeating a lie. Mr. McConville said that the Democrats will try to ram through this complex if they take back the council majority. That is another lie."

Bengivenga believes English is missing the point: "He forgets that Democrats passed the Tingley rezoning despite GOP opposition and that Democrat leaders on the planning board like Party Chairman Dan Gallagher and Mayor Charles Butrico voted to remove age restrictions on the Tingley project, clearing the way for several hundred units. He also forgets that it was Republicans who derailed the 700 apartments in December. I don't remember English or Sorrentino objecting when their party did these things. Where were they? Did they object at the meetings? Did they write letters to the paper? English keeps talking about 40 years ago. Nobody is talking about that.”

English disagrees: “Mr. Anesh states that Democrats have not stood up for our town when it comes to these hug[e] housing complexes - that refers to many complexes not just the one at Tingley.”
1 comments

School Board Gets Funding

South Plainfield will receive $331,000 in federal funding targeted for teacher salaries according to figures released by the State Department of Education.

In August the Department applied for the federal funding, which is available to all 50 states and totals $35 billion.  According to the legislation, the money must be used for teacher salaries, with the funds being used for hiring extra teachers or restoring teaching positions that have been cut.
6 comments 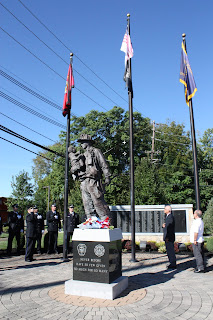 Emotional memories came to the surface Saturday when the South Plainfield community remembered those who lost their lives in the attack nine years ago that brought down the World Trade Center.

UNICO President Anthony Bengivenga choked back tears as he spoke of losing a loved one in the towers that day.  Other speakers included the mayor, Council President Matt Anesh who lost co-workers in one of the towers, past UNICO President Renato Biribin, and former American Legion Commander Dick Frank.

Councilman Robert Bengivenga, Jr., a member of UNICO, served as emcee and presented a specially designed U.S. flag that contains the names of all those who lost their lives that day.  The flag now flies at the Firemen's Memorial. 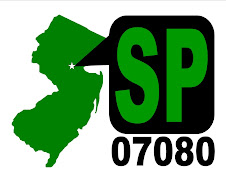 If you were on the Council, would you have supported the 700-unit apartment complex?

07080 hopes you enjoy our polls, which try to gauge reader opinion on key SP issues. Note: If you cannot see a result in the bar graph, highlight the bar with your cursor. It's actually there as white lettering. Hopefully Blogger will have a fix for this soon.

Got news? Got views? Got pics or video?

We're looking for your news, pics, and video (You Tube links for now) from your fundraisers, sports events, group meetings, etc. Pics from news events are also welcome.